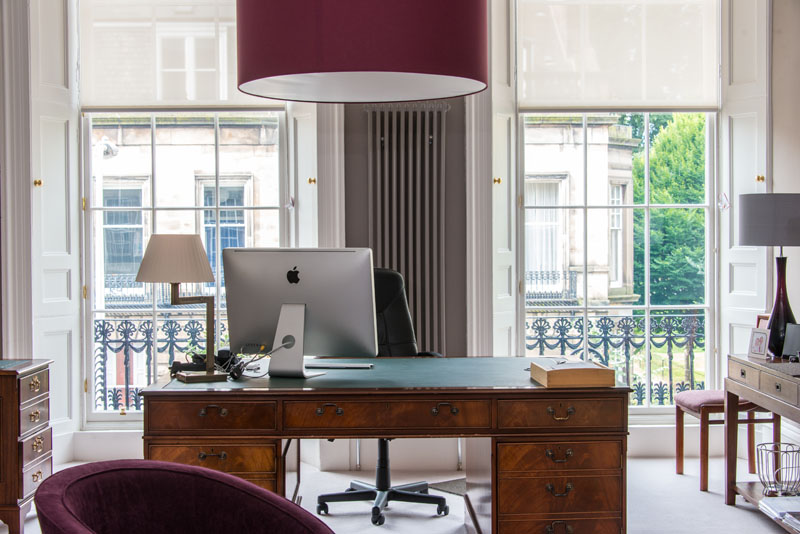 This attractive Georgian townhouse in the West End of Edinburgh had been used as an office for many years but was very tired and in need of a full refurbishment including re-wiring and re-plumbing. Several different companies were going to be using the space so the décor needed to be relatively neutral with splashes of interest here and there. The intention being that it would appeal to a broad range of people. The carpet up the staircase was a bespoke design which, when combined with the large framed posters, created a striking stairwell. The large shelving unit in our client’s office used to sit in his home office and was no longer in use so it was taken apart, moved and reassembled in this office. The gloomy rooms in the basement were to be used as a gym and changing rooms. We brightened up the space by using splashes of bright green combined with mirrors running the length and height of the wall. 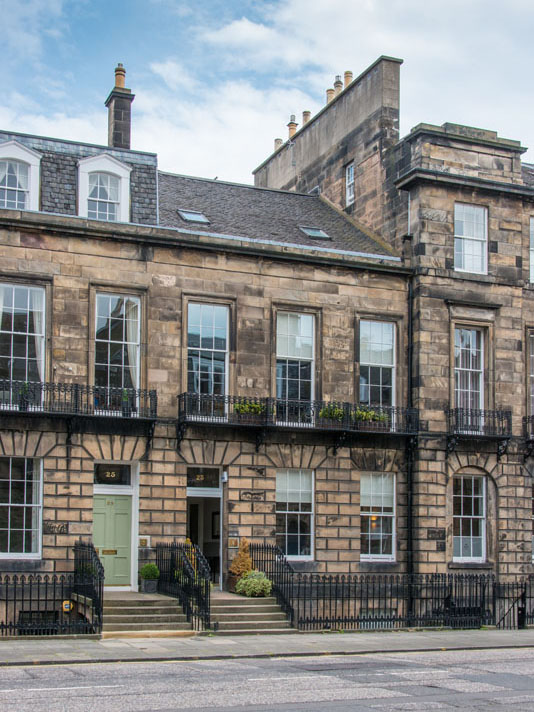 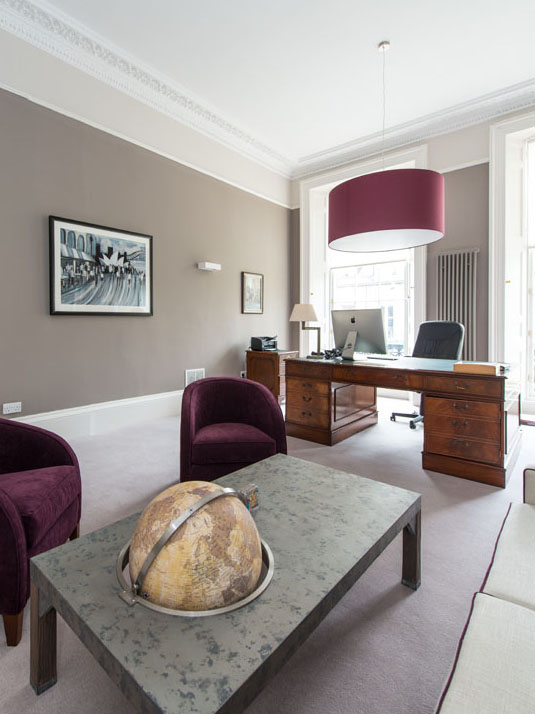 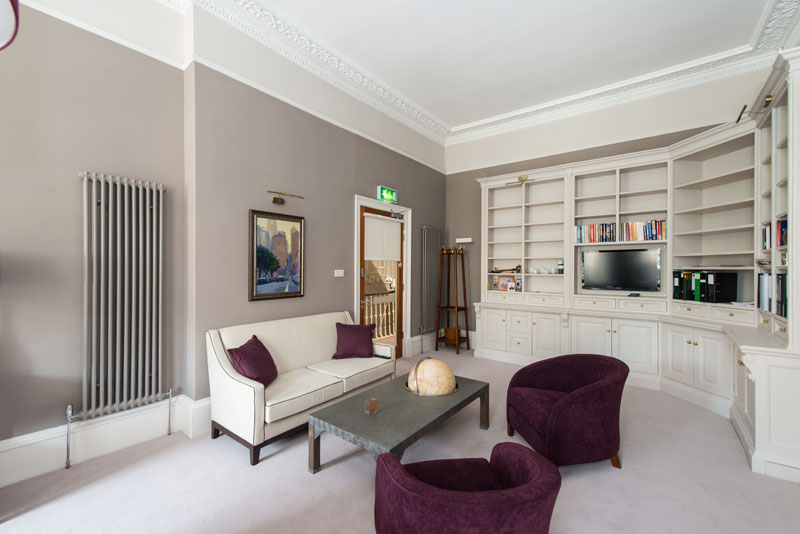 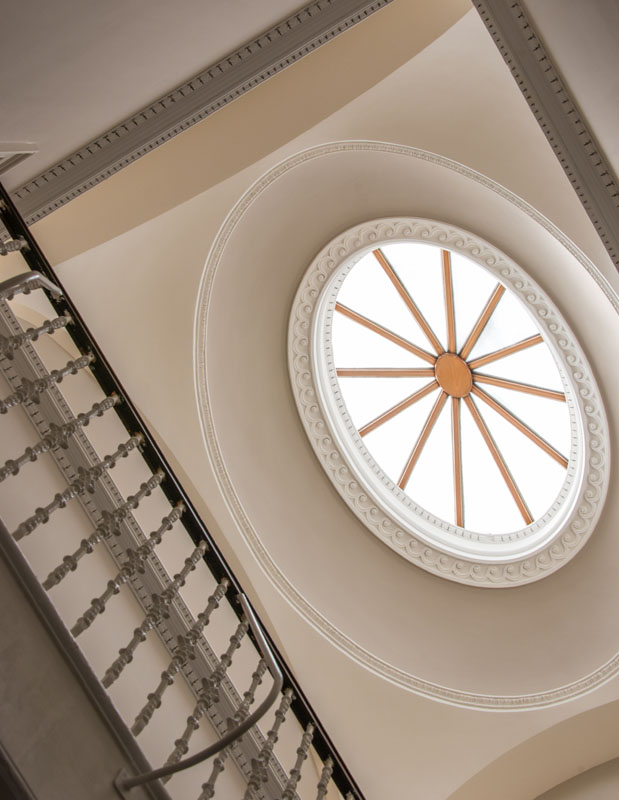 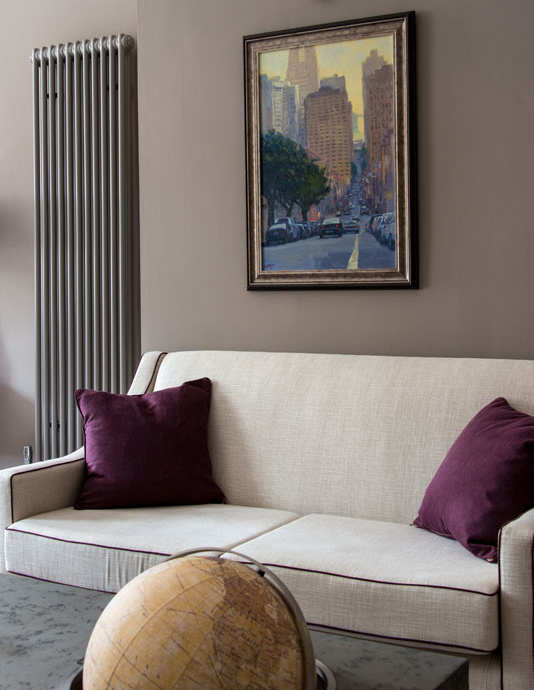 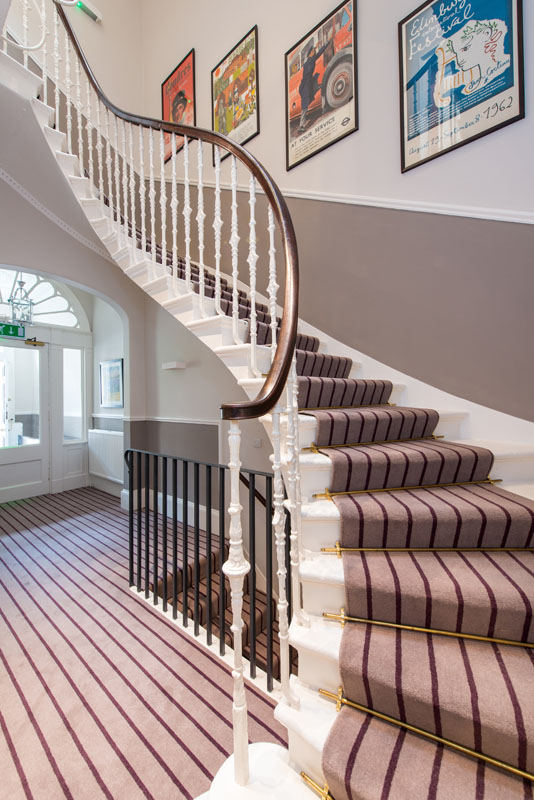 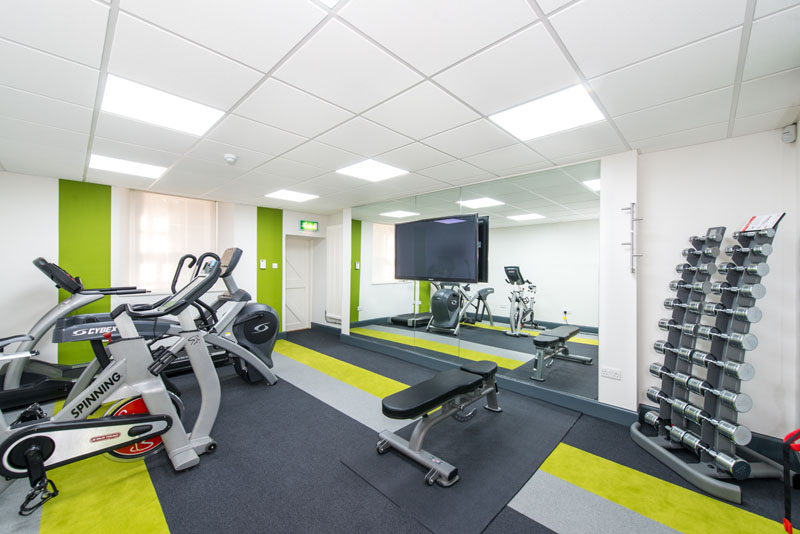 Back to portfolio overview